Eric is a Belgian artist born in 1965. He gained a Degree in Photography from INFAC, Brussels in 1987. Since then he has been a fashion photographer working with many of the top houses. Chopard, Elle, Marie-Claire, L’Oréal, Levi’s, Coca Cola, Virgin, Saab, Delvaux, Lowe Lintas and Ogilvy are some of his clients.

Among other distinctions, his photography for the Saab cabrio 9-3 campaign was awarded the Silver Lion at the Cannes International Advertising Festival. Eric is set apart from many of his colleagues by his way of shunning technical artifice and working in natural light. This results in soft, velvety, almost painterly images.

In Eric’s “AMNIOS” series of soul portraits the models appear in suspended animation, as if they were about to be born, and full of hidden secrets. This represents a new conceptual departure for Eric, who began as a fashion photographer, moving on to classic artistic nudes, now showing us the nude in the ethereal form. These forms are certainly beautiful, yet a membrane separates them from us: is it to hide, or protect? In person, these works are monumental in scale, adding to their sense of restrained power.

In the “NUDES” series, Eric uses only natural light, just as a traditional painter would do in their study. Using slow exposure speeds which allow the lens more time to capture each model’s unique character, he reveals a sense of the sublime femininity, which borders on abstraction. Eric’s nudes are the same, yet different. They are all beautiful, yet their differences and unique qualities are magnified. “NUDES” is a series that celebrates the human form.

For “PAINTERS”, Eric collaborates with a different painter for each photograph. More than 100 of them have been invited throughout Europe and the other continents. The artist paints the model in their own style, while Eric searches for attitudes, then he photographs the result. In this way, the Painters series represents a fusion of two artistic visions – something that’s not always easy to achieve, yet this series epitomizes a sense of cohesion and dynamic synchronicity. 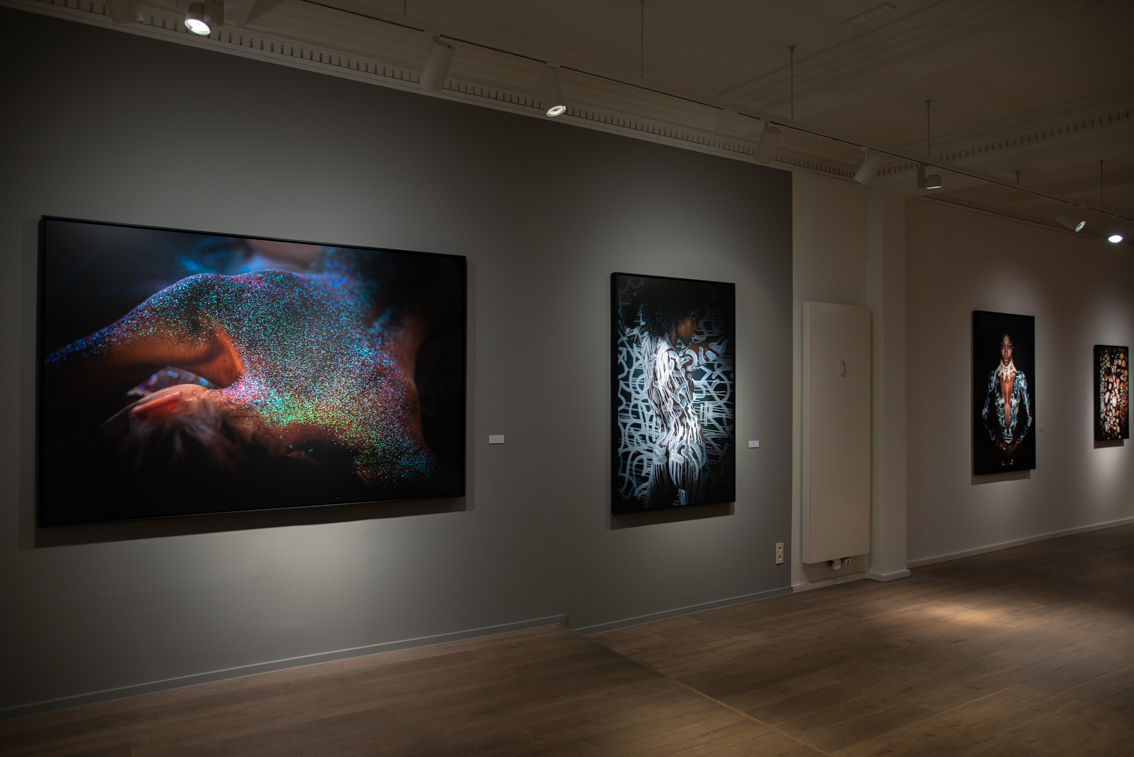 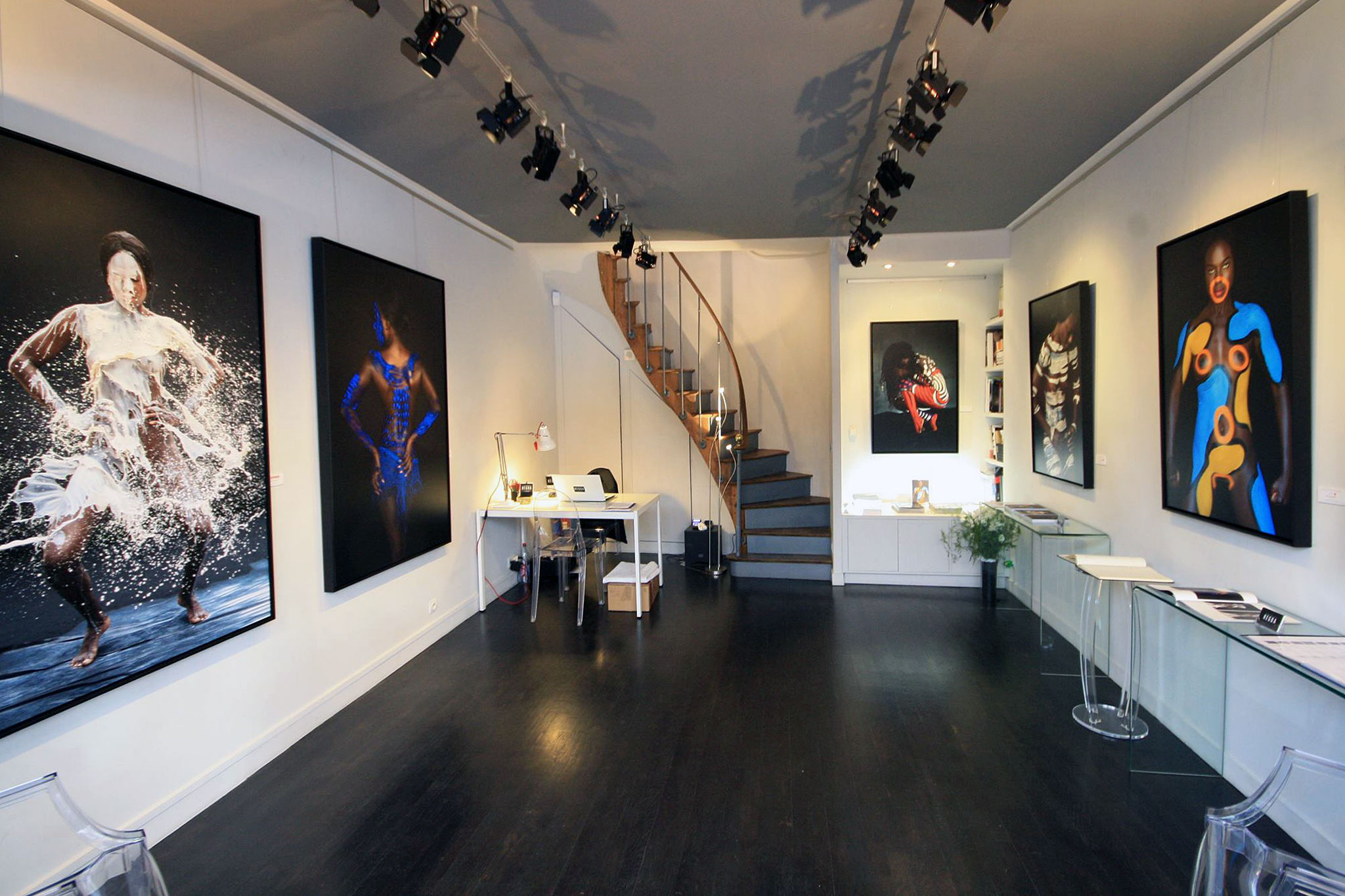 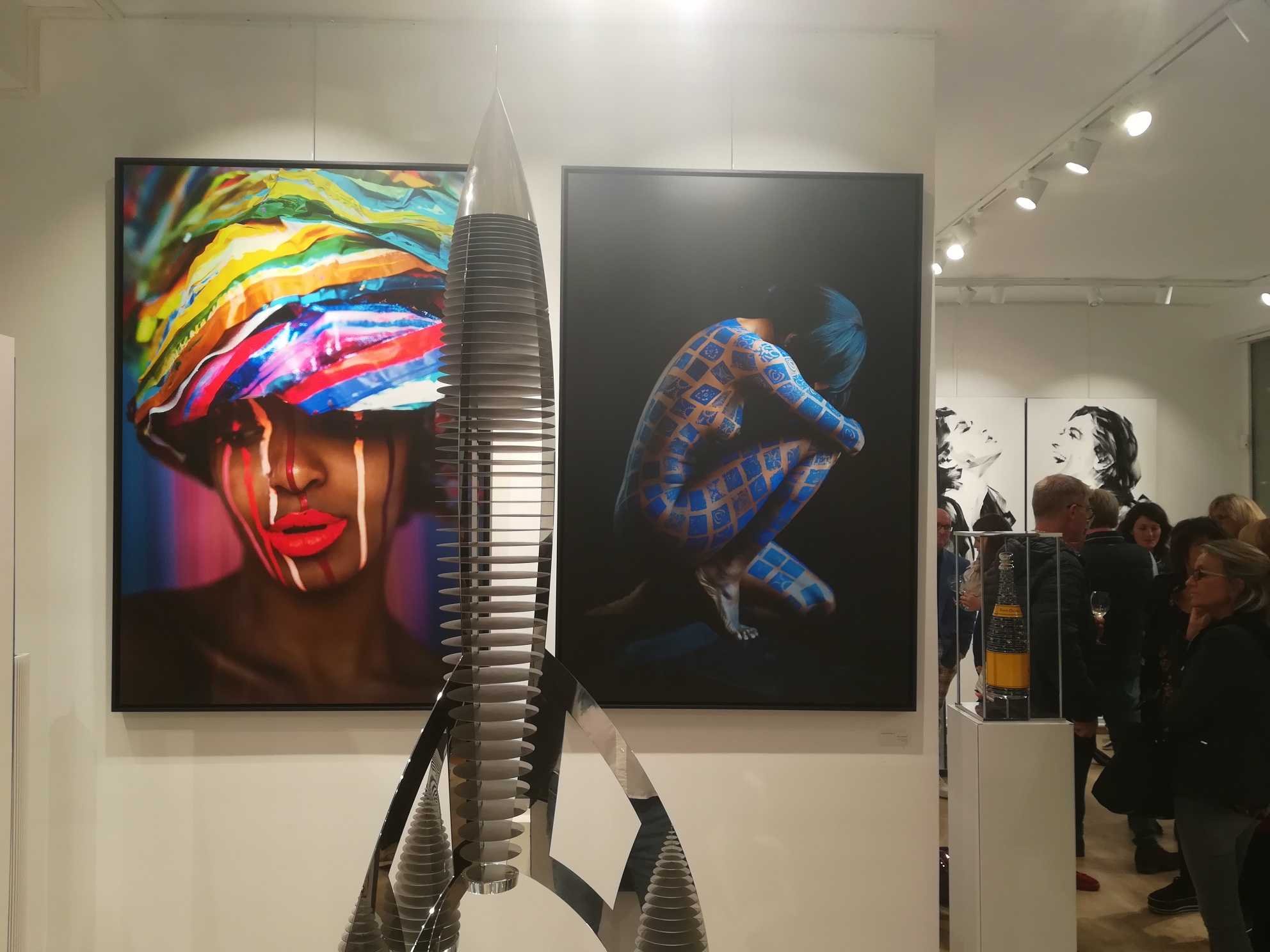 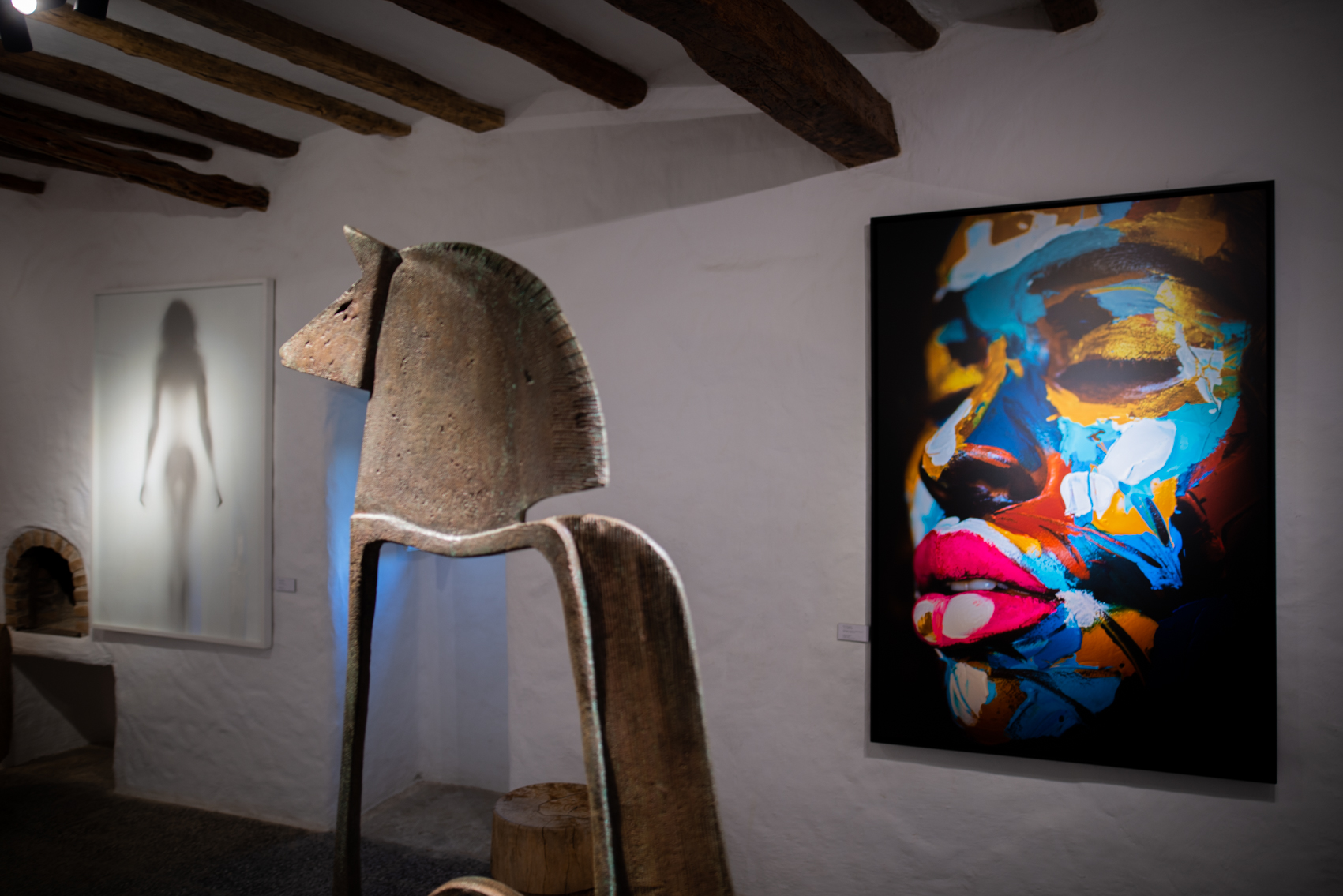 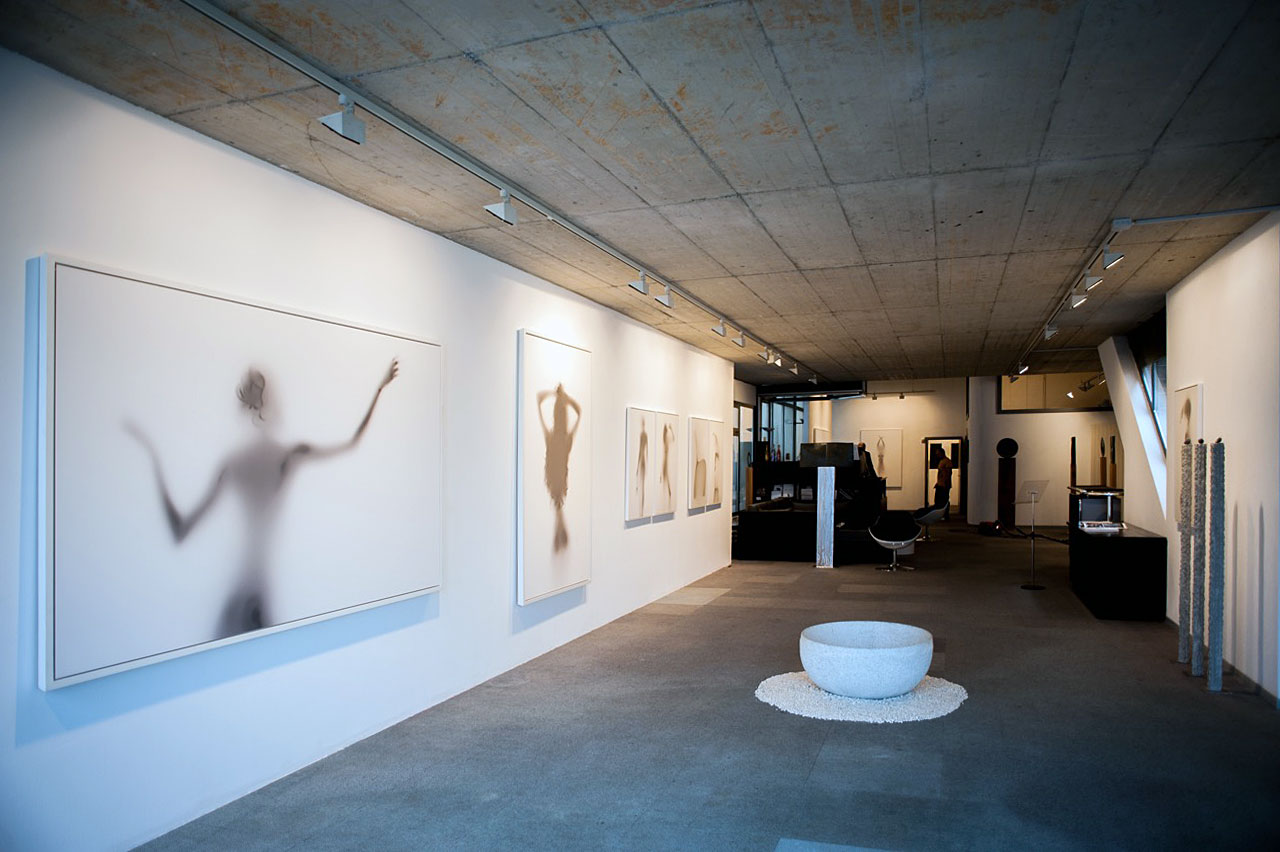 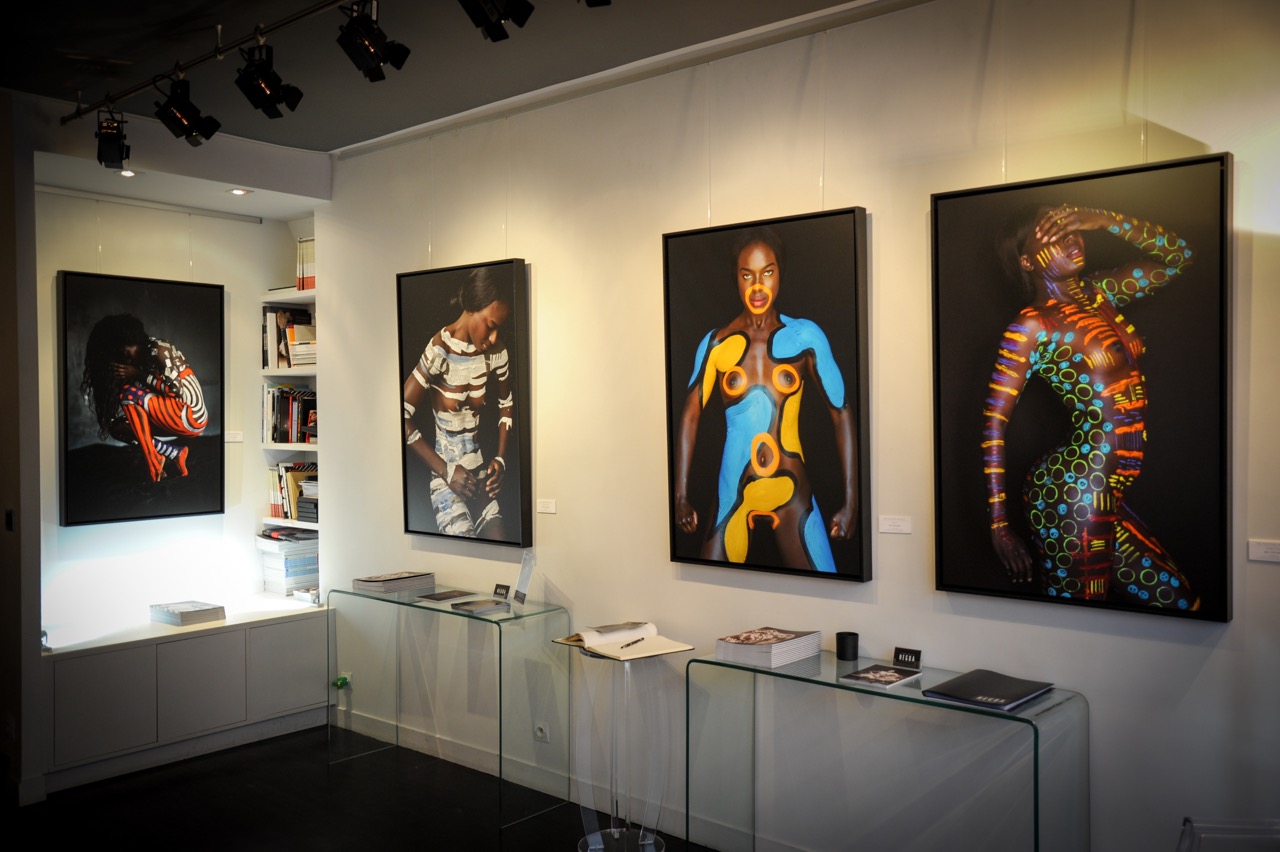 A projection for the Painters Project opening in Arles